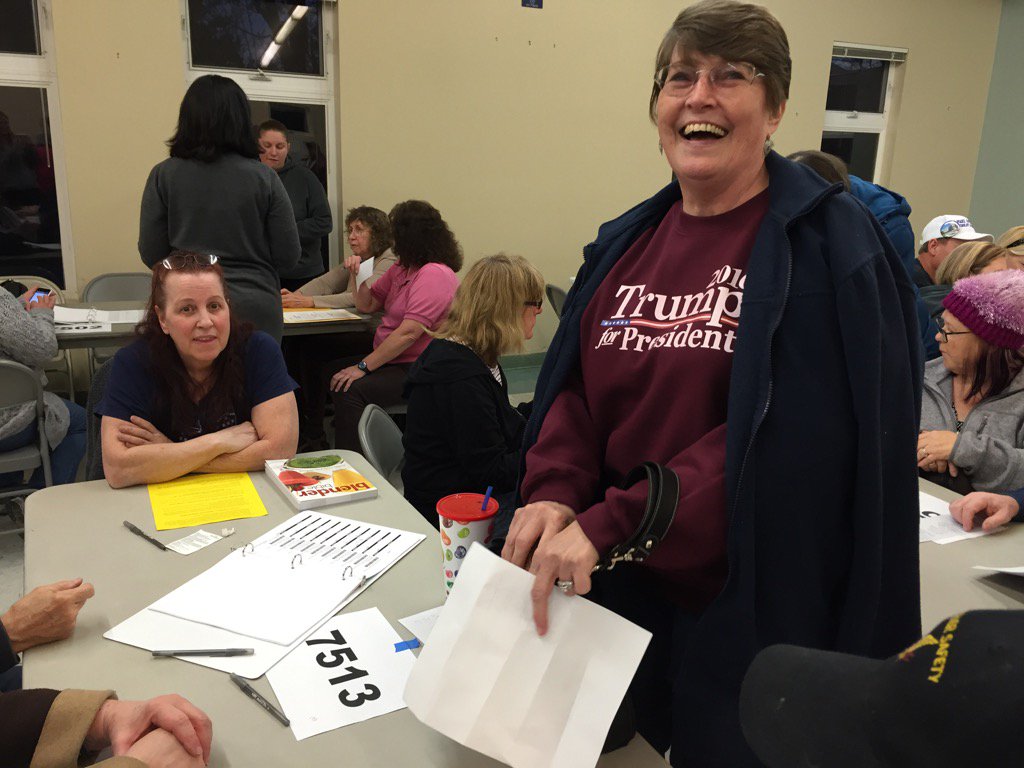 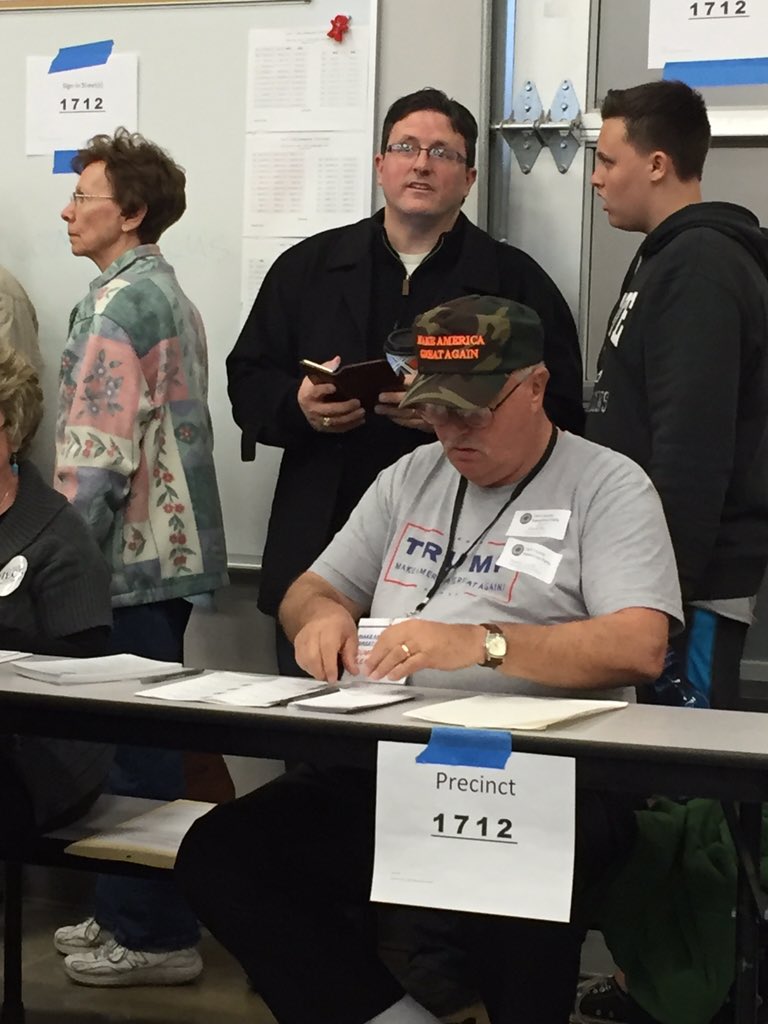 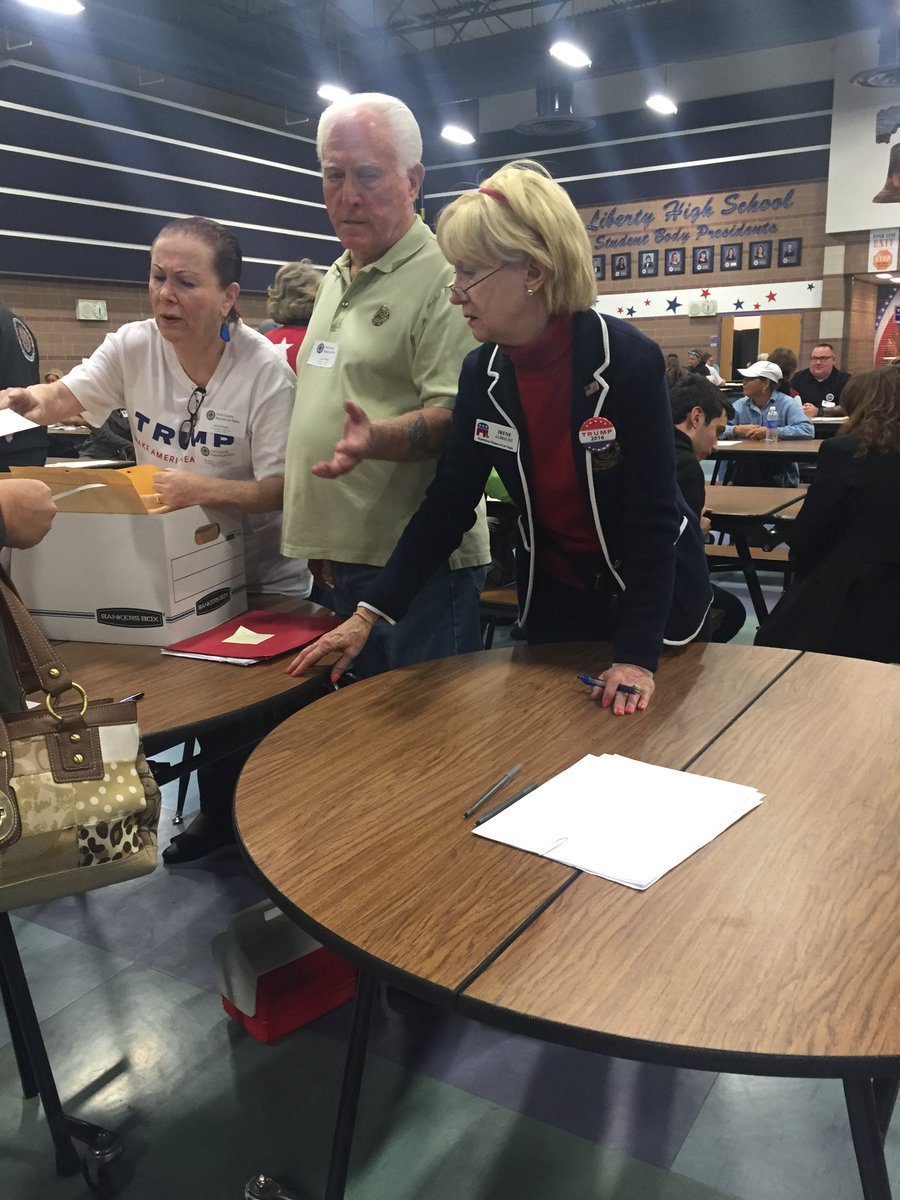 This really takes the cake.

Why would you do that if you were already slated to WIN?

What’s the purpose of cheating when you are LEADING?

And yes, it is illegal.

I looked it up.

1.  During the time a polling place for early voting is open for voting, a person may not electioneer for or against any candidate, measure or political party in or within 100 feet from the entrance to the voting area.

2.  During the period of early voting, the county clerk shall keep continuously posted:

(a) At the entrance to the room or area, as applicable, in which the polling place for early voting is located a sign on which is printed in large letters “Polling Place for Early Voting”; and

(b) At the outer limits of the area within which electioneering is prohibited, a sign on which is printed in large letters “Distance Marker: No electioneering between this point and the entrance to the polling place.”

4.  Any person who willfully violates the provisions of this section is guilty of a gross misdemeanor.

Wearing a T-shirt with the logo is electioneering.

It’s right in the training to be an election inspector.

Every one of those pollsters in the pictures (IF they are legitimate. We need to investigate their authenticity of course!) is guilty of a misdemeanor.

It’s also a misdemeanor to not check every voter’s ID.

It’s also a misdemeanor to tamper with ballots.

Shall I go on?

This is amazingly brash and honestly STUPID on the part of these people.

What were they THINKING?

I’m hoping this is false.

I’m hoping these were staged or a joke.

However, they’re coming from a lot of sources and they seem legitimate.

Wouldn’t be hard to investigate these claims. They record who was running the poll and the photo evidence and witnesses’ names are readily available.

I’d like to see if it happened the other way too, if any other poll workers were wearing Rubio or Cruz or Kasich or Carson T-shirts.

Someone needs to be brought up on charges for this stupidity.

It is in the poll worker training.

They knowingly broke the law….for nothing. Trump was already winning.