Why the Coup in Yemen Matters 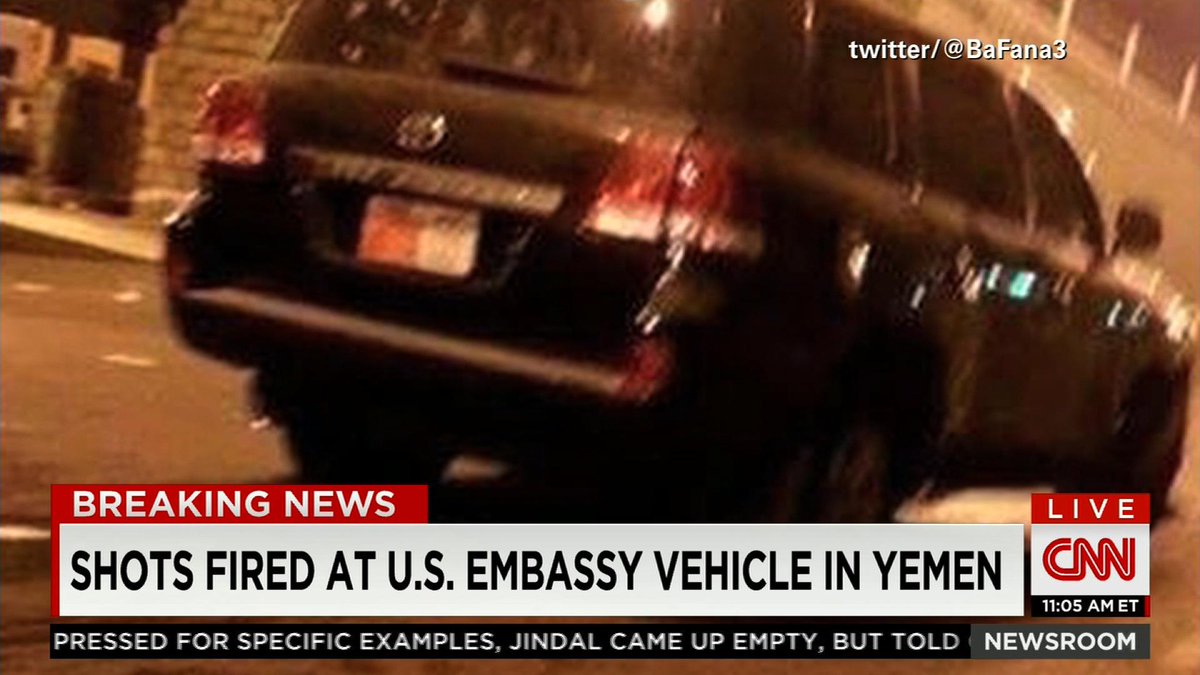 For years and years Yemen has been torn between two sects…one Sunni (allied to Saudi Arabia), the other Shi’ite (allied to Iran.) From 1967-1990 it was even two separate countries.

The red one was communist. Can you guess who we supported? (And yeah I know South Yemen looks farther “north” than North Yemen.) They then got together in happy brotherhood in 1990, inspired by the falling for the Berlin Wall and everything.

They kinda dragged their feet for a few years until the Vice President (a Commie from  the South) said “screw it I’m going home” and did just that. This pissed off the Northern boys and they rolled their tanks in and took the whole thing.

So, they got all unified and stuff.

Since they won the war, they got to keep using the North Yemen capital in Sanaa. Then Al Qaeda moved in, looked around and said “Meh… it’s a bit of a fixer upper, but we got our butts kicked out of Saudi Arabia so here is close enough.” (It was in Yemen that the USS Cole was bombed by Al Qaeda in 2000.)

In 2009, the Saudis (and US drones and air strikes) crossed into Yemen at the request of the Yemeni government to “fight Al Qaeda.” The Shi’ites got REALLY mad that their traditional enemy Saudi Arabia was INVITED IN by their own government. Sure Al Qaeda sucked but they weren’t a huge military force.

The Shi’ites started rioting in the Arab Spring of 2011. Unfortunately for the Sunni majority in the country, the capital sits smack in the middle of the Shi’ite minority area and they are NOT happy with the Sunnis. So, the Sunnis living in the Shi’ite area have effectively been under siege since then.

The US has been supporting the Sunni Yemeni government (and Saudi Arabia) against Iran. A THIRD group has been roaming around Yemen too, the also-Sunni Al Qaeda terrorists.

However, the Saudis hate them too (because they are DIFFERENT Sunnis than they are so they’re “just as bad as the “Shit’ites.”) The Saudis pretty much hate everybody, including us. But, they also hate both Iran and Al Qaeda so that’s why our leaders still talk to them.

Anyway, Yemen matters because it is an example of the “proxy wars” happening around the Middle East between Saudi Arabia and Iran. It’s a “Cold War” sort of thing like we had with the Soviet Union.

Russia had the Warsaw Pact on their side. We had NATO on ours. Then there was China and their “allies” (Vietnam, North Korea, etc) on the other.

The Iranian “allies” are also fighting the Saudi “allies” in other countries around the Middle East. The conflict in Syria started as an internal fight, but it’s now totally a Saudi-Iranian-Al Qaeda fight.

With us in the middle.

That spread into Iraq.

Libya is the same thing. Same basic splits in culture.

Even Nigeria, Somalia and Mali really have the same sort of schisms between Sunni/Shi’ite groups (backed by outside forces, mostly Saudi and Iranian) and Al Qaeda elements.

True, there is LESS influence because they are farther away from Saudi Arabia and Iran and more local issues muddying the waters way down in Africa. However, just like the Soviet Union and United States fought across the world in a dozen different countries… the Saudis and Iranians are still trying to get an edge on each other.

With Al Qaeda poking around looking for recruits too.

Yemen matters because of what Saudi Arabia will do. They do NOT want a pro-Iranian faction (or Al Qaeda) to have anything to do with their puppet government in Yemen. If Saudi Arabia doesn’t want it, then you can bet that our President doesn’t want it because he doesn’t want to make the Saudis mad.

The Saudis already claim that the Houthi (Shi’ite, Pro-Iranian) forces have “invaded” and “stolen” their territory. It wouldn’t take much for this to easily explode into fully armed conflict if Saudi troops directly intervene to “restore power to the majority.”

In other words… prop up their puppet leader in Yemen with Saudi army troops.

If that happens, all bets are off. The Iranians already have SOME troops on the ground in Iraq. But, it’s been kept quiet. If the Saudis push in Yemen, the Iranians may just push in Iraq and just start TAKING the land there, not just “helping the local Iraqi forces against ISIS.”

In fact, many of the Shi’ites in Iraq have advocated joining Iran officially. There is remarkably little loyalty to what used to be Iraq. The Kurds left long ago in a practical sense, running their own local affairs for the past 20 years. They have SAID they’re “part of Iraq” but haven’t done much.

Now that the Kurds are fighting ISIS more or less on their own in the North, they have little inclination to go back to Iraq. If Iran starts officially allying with their Shi’ite buddies in Iraq, then the old “Iraq” is simply gone. The Sunni areas of Iraq are where ISIS is (and since ISIS is Sunni and also hates Saudi Arabia, they have gone mostly wholesale behind ISIS already.)

All it’ll take to make Iraq OFFICIALLY disappear is that Iranian land grab. That opens a whole BIGGER can of worms. The countries in the region have been PRETENDING that Iraq is still a country for awhile now. Given a real dissolving of it, all hell breaks loose.

The Kurds will officially declare their independence. They have already said this. They’ve just been waiting for the “right time” according to their leader Massoud Barzani.

Israel will then officially recognize them as the allies they already have been vs ISIS and the Syrians. Once the Kurds are their own country (again after centuries of oppression and occupation) they will start to demand MORE of their traditional lands back… “owned” by Iran and Turkey.

Turkey and Iran team up and face the Kurds, forgetting about ISIS. The “coalition” vs ISIS fails. ISIS gets stronger… for now.

This puts us into the position of WHO to support NOW. ALL the knives come out and now it’s a free for all in Iraq and Syria between a dozen different factions.

Turkey is a member of NATO. Do we have to help them because of that?

Do the Israelis then have to support their allies the Kurds? Or do they decide to keep on attacking ISIS and Syria on their own?

What does Egypt do?

Iran is ALSO next to Afghanistan.

AND they’re working on nukes.
What happens to our anti-terrorist efforts in Africa? Libya?

Yemen could be the key to this. What the Saudis and Iranians do in Yemen will set the tone for what happens in “Iraq” and “Syria.” (Or whatever is left of them anyway.)

Maybe we can just make up some symbols for them, like “The Artist Formerly Known as Prince”

Much like Prince, our best hope is that no one takes much notice and it all goes away without too much trouble.

One thought on “Why the Coup in Yemen Matters”