The Giant Monkey in the Room

Unlike our own “Occupy” movement full of whiners and “Green Socialists” this movement is a pro-democracy protest. I know many of you don’t bother to read the articles I post. You expect me to break it down for ya.

There’s a huge problem in Chinese society that we don’t hear about. They don’t like to talk about it. It’s inconvenient to have to explain that your most prosperous city wants to get the hell out of your country and be left alone. What is more embarrassing than being a Communist country of over a billion people, beaten by a tiny Capitalist city of 7 million?

It’s doubly worse when they’re techy, computer-savvy and you aren’t. As much as the Internet is full of an army of Chinese hackers (yes, they literally have a Red Army unit dedicated to hacking the Internet), their public relations people aren’t very sophisticated. They are the social networking equivalent of a cheap 8-Bit Nintendo Game.

What has the folks over there so worked up? Well, China turned off their Instagram accounts for one. (Those bastards! How dare they!) Well that and their basic freedoms stripped away right before their eyes.

In a nutshell, Hong Kong used to be British controlled. The people WANTED to stay British, but China strong-armed Britain into basically “giving it back to China” back in 1997.

To be honest, let’s face it. Britain isn’t in any position to hold onto colonies overseas. They can barely hold onto Scotland!

So, the people of Hong Kong agreed grudgingly to go back to China if…well, basically if they didn’t have to BE PART OF CHINA. There was an agreement worked out where they would retain their own government,economy, etc.

But, most of all to get this they want to control Hong Kong’s city government. (Since Hong Kong is just one big city that’s all of Hong Kong…)

To get around the whole “We promise to let you vote for your own leaders”, China says “Well you can vote for whoever you want… from this list of two people we choose for you.”

And that is basically why there are thousands of students in the streets getting tear gassed by the police. 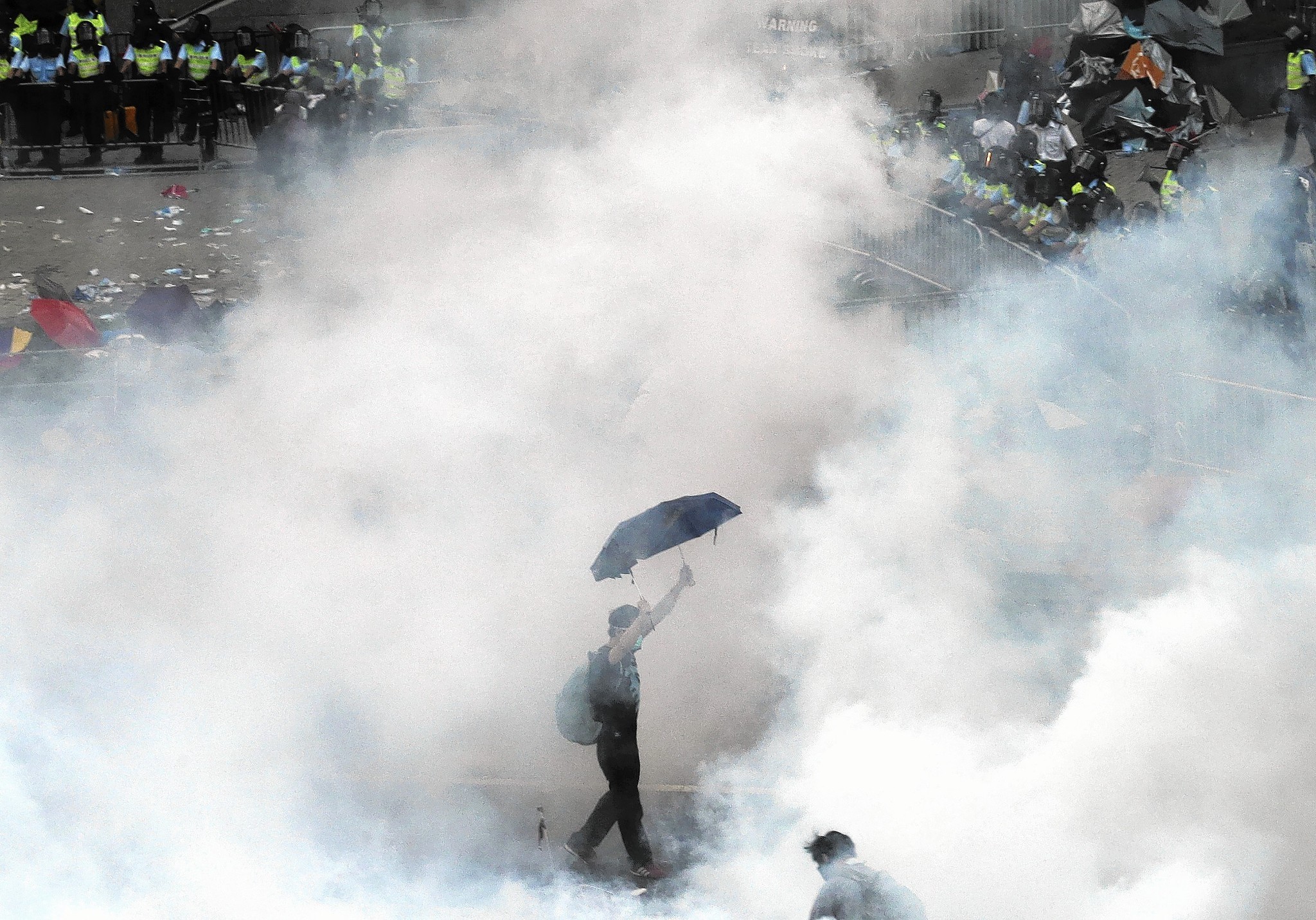 (This guy is my hero now. He’s not being violent. He’s just going for a stroll with an umbrella in the middle of some tear gas…)

Don’t expect China to give in any time soon. They don’t figure they have to.

We haven’t said ANYTHING to them in years. Remember that whole “Tianneman Square” thing… with tanks driving over students? I know that was way back in 1989, but it hasn’t really stopped since.

(Someone remembers 1989. These kids weren’t even born then, but maybe they just have better schools than ours…)

Reporters tend to disappear or be thrown in prison for asking too many questions. We know there were thousands of food riots by farmers… and a lot less farmers afterwards. The rest is kinda fuzzy because of the whole reporters thrown in prison thing. It’s tough to get good interviews, pictures or ratings in prison.

Our government KNOWS about it. Let’s be clear about that. We just don’t feel any real need to say much about it.

We just don’t say anything because we like cheap plastic trinkets at the Dollar Store made in China. Well, that and we like to borrow money from them to finance wars, health care, and presidential golf trips.

You know, the essentials.

I’ve been trying to figure out what to call them for this whole time and now I finally know… Hong Kongers! 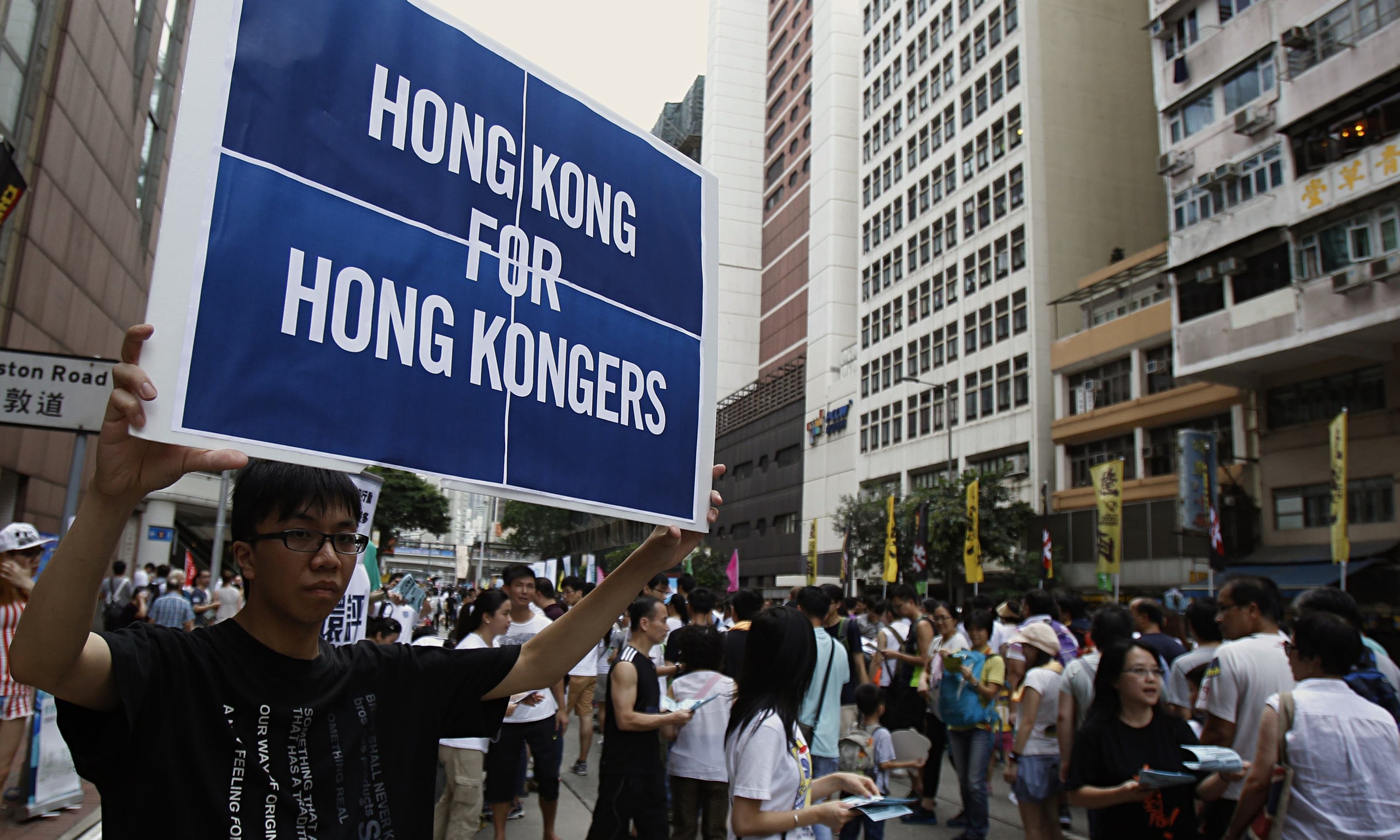 5 thoughts on “The Giant Monkey in the Room”