Brown and Green and Red All Over

A neat graph from Nathaniel Bechofer based on World Bank data. 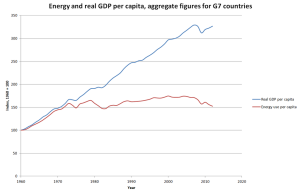 After all this hubbub about how the “developed countries” (ie the G7- Canada, France, Germany, Italy, Japan, Britain, USA ) are top world polluters… turns out we’re NOT the biggest.

Per person, our energy use has LEVELLED OUT since 1970. So, for the past 45 years we’ve been fed a total LIE.

Wanna see something else cool? 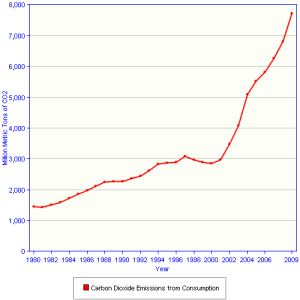 And WHO is exempted from EVERY climate treaty at the UN?

China is not responsible for 25% of the world’s pollution.

Yet still we don’t hear any outcry about the Chinese being more “green.”

Or Brazilian… unless they’re blaming OTHER COUNTRIES for “destroying the rain forest.”

Last time I checked the Amazon Rain Forest was IN BRAZIL. So… if people are burning and logging the rain forest then it must be because Brazil is LETTING THEM DO IT.

As I said the other day, I’m all for Conservation. We should conserve our resources and not pollute our own country. That jst makes sense.

Don’t shit where you eat.

On the other hand, this “global” crap won’t work if only WE are taking part. Together the USA and Europe only pollute as much as one country… China. That’s not including the other dozens and dozens of “developing” countries who can do pretty much whatever they want. If this whole global “climate change” thing is TRULY that important, why aren’t they criticized as much?

Is it because you don’t get away with criticizing the government in most other countries? (Try being an “environmentalist” in North Korea for example.)

Or is it not really about the “global environment?” Is it really about redistributing wealth from “Rich” countries to “Poor” countries? Is that why they get free passes to pollute away while we spend billions (trillions if they could get it) on “saving the world?”

Are the Chinese not part of the world? If it truly IS a global crisis, then they should be JUST as responsible as we are. It’s IMMORAL to NOT ask them to take part in the sacrifice.

That is racism of the highest order. I don’t care if you THINK you’re doing good for them. If you treat whole countries of human beings like children, it’s condescending and racist.

Tell China to pony up or shut the hell up. No “freebies” in this. It’s either a global crisis where EVERYONE needs to do their part… or it’s a scam.

Again, like I said I’m for Conservation. I’m for national parks and saving our resources, preserving the environment, limiting pollution. However, I don’t buy the global “crisis.” It’s too conveniently stacked against the “unpopular” (pro-Western) countries to be coincidental.

Maybe the “Green” movement is just a stand-in for the “Red” (Socialist) movement of the last generation.

One thought on “Brown and Green and Red All Over”