It’s All About the Benjamins

I have to say that I agree with him.

ISIS may (or may not) be an IMMINENT threat.

However, they aren’t an EXISTENTIAL threat. Nothing they do will destroy America. It won’t happen.

They can’t destroy us. There are very few ways and groups that can truly DESTROY America.

There’s countries with nuclear weapons like Russia and China.

Then there’s AMERICANS ourselves. WE are our own greatest threat. We have far more to fear from our own corrupt leaders and citizens with lack of patriotism. Those who don’t believe in the Constitution are our gravest threat.

It goes back to the Hazard Matrix.

The chance someone is going to use a nuke, start World War III and probably end human civilization as we know it is very LOW. Therefore, even if it is Catastrophic in nature, in overall hazards it’s so unlikely that on average it’s not a big danger.

Terrorists are even lower on this matrix. They can’t really DO much damage so even if they were frequent (they aren’t), terrorist attacks just aren’t a huge “existential” threat. Inconvenience yes. Deadly (technically) yes, although by that measure CARS are much deadlier than terrorists. (Except for their secondary impact below)

The FREQUENT violation of our Constitution will over time turn even a minor infraction into a danger. We know the infractions aren’t “minor” either. They are actually VERY illegal and VERY dangerous.

Terrorism is only truly DANGEROUS in the ways it dovetails into greater calls for “security” at the cost of “liberty.” How much of the infractions on our freedom already are to “stop terrorism?” Would the whole NSA spying thing, TSA, Patriot Act or “Homeland Security” exist at the cost of billions of dollars and loss of essential liberties if there were no terrorism?

It’s not like we can STOP terrorism fully. We can’t even stop MOST of it to be honest. There is very little if any evidence that the above measures have done ANYTHING to stop terrorism, let alone BILLIONS of dollars worth of terrorism. (Let alone the costs of standing in line at the airport, extra fees, waste, corruption, etc)

No, this isn’t all about money. It’s not “All About the Benjamins” ($50 bills to quote rapper Ice Cube)

It’s all about FREEDOM… and Common Sense (which isn’t all that common apparently.)

Ask yourself if we truly ARE “safer” and what that means. Is it worth the cost? Monetary and otherwise?

Or maybe ask a few more Benjamins their opinions on the matter. 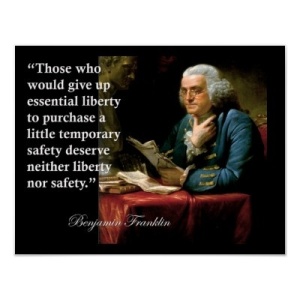 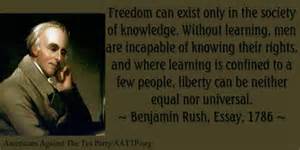 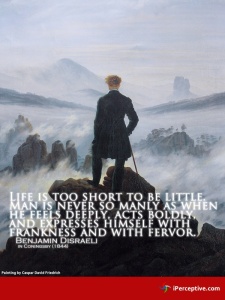 One thought on “It’s All About the Benjamins”