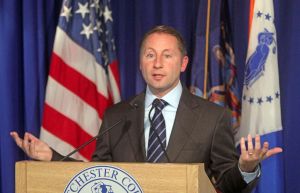 The Astorino/Moss 10-point Plan to Clean Up Albany

Is there really anything that ANYONE (besides a politician) would object to in there? Seriously? I know he is WAY behind in the polls, but he has a proven track record in Westchester County. If something unfortunate were to happen to Governor Cuomo due to his questionably legal and insansely unethical Corruption Commission….

I’m just saying this could be a very GOOD thing. A serious chance to turn this state around. One thing I’d add though.

Point 11- Return the Senate to the pre-1963 system of One Senator Per County. It was that way for a reason (namely so that NY City couldn’t hog all the votes in the NYS Legislature.) We wouldn’t be IN this mess if there was an actual voice of common sense from Upstate (ie “Redneckville”) to rein in the NYC/Albany bureaucrats.

I’m torn on the issue frankly. Astorino seems like a decent candidate with ideas. On the other hand, the Libertarian candidate, Mike McDermott is right in that if they can reach the 5% threshold for the Libertarian party there would be another party on roughly equal footing with the existing parties.

It all remains to be seen in the fall. If Cuomo is still 30 points ahead in the polls (because of NYC) then it just may be worth it to just push Mike McDermott over the top and secure a ballot slot for the Libertarians at the polls next time.

If it’s close… then we could do a lot worse than Rob Astorino.

And if anyone is for Cuomo and reading this…. WHY? For the love of God, WHY? What has he done that you admire? The “best” argument I’ve heard so far is that he “balanced the budget.”

Okay, so he DID HIS JOB? Wow… well that’s amazing. He didn’t even “balance the budget” because the Legislature does that. He just SIGNS the damn thing.

He signed a bill that he’s by law supposed to. Impressive. Sounds about as monumental as Hillary Clinton’s “exceptional” foreign policy track record as Secretary of State.

He Said, He Said »
« Financial Insecurity